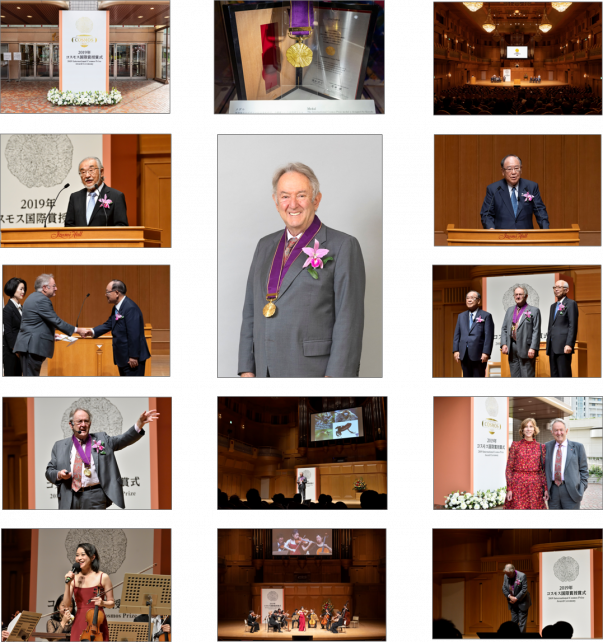 Some 370 participants attended the event, including distinguished guests from Japan and abroad. At 3:00 p.m., the Ceremony commenced with to the majestic strains of pipe organ music.

After that, Expo'90 Foundation Chairperson Mr. MITARAI Fujio delivered an address on behalf of the host organization.

The ceremony concluded with celebratory musical performances by a violinist, Ms. KAWAKUBO Tamaki and COSMOS ensemble 2019.

At Osaka, Prof. Pimm delivered a commemorative lecture after the introduction by Dr. Monte Cassim. Then, Prof. Pimm and Dr. MIYASHITA Tadashi presented a story in a dialogue.

At Tokyo, Prof. Pimm gave a commemorative lecture after the introduction by Dr. HAYASHI Yoshihiro. After the lecture, there were active Q&A sessions.