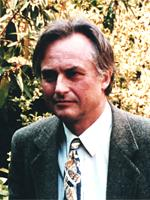 Professor Dawkins has had a tremendous impact on our view of the world and is already well known internationally through the 1976 publication of his book, “The Selfish Gene.” Professor Dawkins himself has stated that the term selfish gene is merely a catchy phrase. He followed up this book with The Extended Phenotype, The Blind Watchmaker and River Out of Eden through which Professor Dawkins tries to show us that all living things on Earth appear, exist and advance as a result of an endless battle of genes. This entirely new perspective challenges our concept of harmony with the natural world and totally reverses our understanding and perception of the world.

When we think of coexistence between people and the natural world, we take it for granted that some form of harmony exists in nature. Thus, if we can find a way to coexist with nature without disturbing that harmony, we have done our job. However, as Professor Dawkins sees it, the natural world is one of endless battles, and it progresses only as a result of those battles. This perspective compels us to essentially switch our fundamental views. How we view and perceive nature determines the path that we will take.

Whereas the basis for Professor Dawkins' theory is built upon numerous biological facts brought to light in recent years, it is nevertheless a bold hypothesis. While the theory lays the foundation for coexistence between humans and nature, the viewpoint advocated by Professor Dawkins also holds tremendous significance for the International Cosmos Prize whose goal is to create new values that lay the foundations for the next generation.

The fifth awarding of the International Cosmos Prize today begs the question of whether we are searching at a basic enough level, as Professor Dawkins has done.

It is that spirit that led us to believe that Professor Dawkins is the most fitting person for this year's International Cosmos Prize.