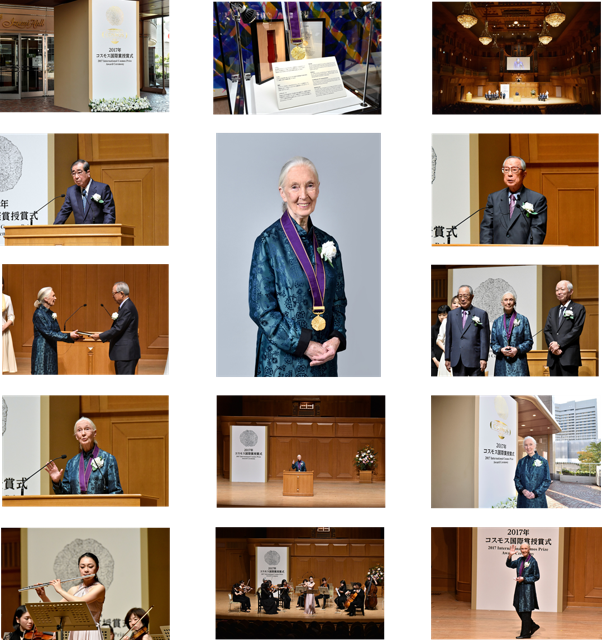 Some 350 participants attended the event, including distinguished guests from Japan and abroad. At 3:00 p.m., the Ceremony commenced with to the majestic strains of pipe organ music.

On behalf of the guests, master of ceremony read a congratulatory message from Prime Minister Shinzo Abe. Then introductory images of the prizewinner were presented on the screen. Dr. Goodall delivered the prizewinner's address.

The ceremony concluded with celebratory musical performances by a flutist, Ayako Takagi and The Kansai Philharmonic Orchestra.

Lecture in Kyoto Attendance: 170
(Students and staff of the Kyoto University, and participants in general)

Honored with the attendance of Their Imperial Highnesses, the Crown Prince and Princess, the International Cosmos Prize 25th Anniversary Commemorative Assembly and Symposium was held at U Thant International Conference Hall, United Nations University on November 10th. 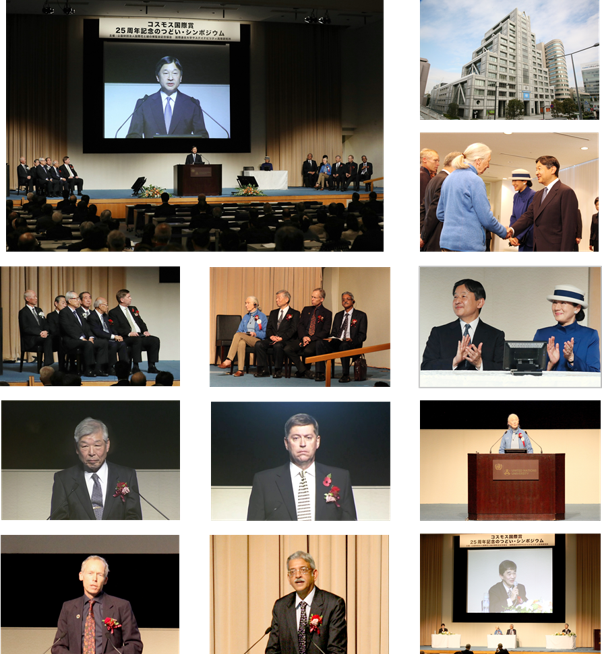